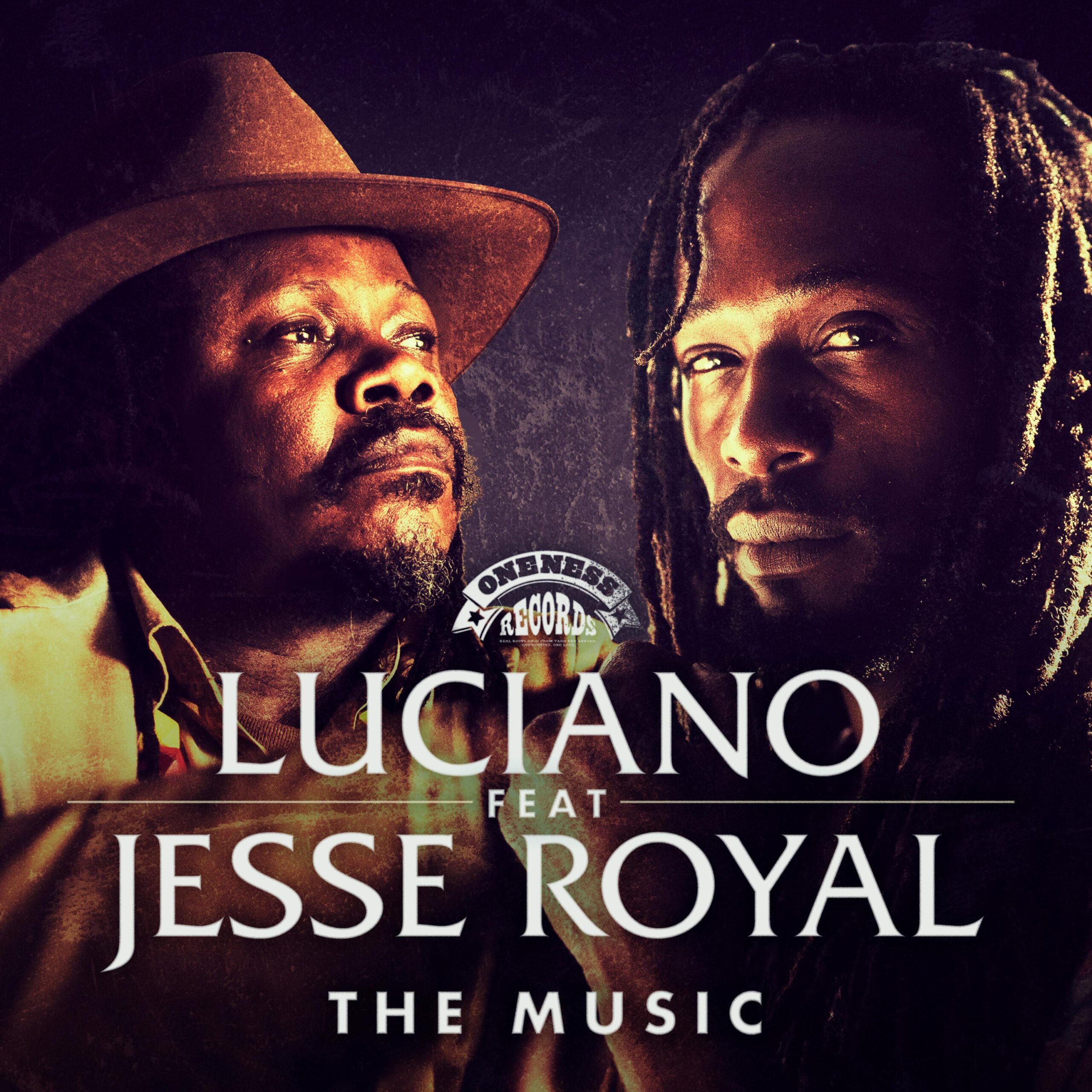 This collaboration with Jesse Royal is now the third cut to feature a guest artist; following on from tracks with Iba Mahr and Runkus. And this fourth single, dropping on June 19th, is the final taster before the full album The Answer is released in its own right.
The Music, released via Oneness Records, sees Luciano and Royal at the peak of their powers. It’s the heaviest Dub-influenced cut of the singles so far. And it shows the width and breadth of what the full album will give us. But it’s also a delicious cry of commitment to, and solidarity with, all conscious musicians out there. The two artists are vocalists who are made for each other, and whose eminently different styles work in perfect harmony across the Roots and Dub composition. Luciano’s smooth, soulful yet forthright performance juxtaposes sublimely with Royal’s call and response singjay and grittier yet rounded vocal. And the two make a plethora of important points about how, despite the system trying to shut conscious and message music down, there’s ‘nothing it can do’ to stop it.
The Music is yet another powerful release from the ever-evolving Luciano. This fourth track demonstrates the versatility we can expect from The Answer, which by all accounts perhaps may be his seminal work.